Curses on you Google Alerts! I managed to go over two years without paying any attention to the Ivy Coach blog. But last Friday while going through my weekly Google alerts for information on college admissions, I managed to click on links related to The Ivy Coach twice!

Maybe you’re thinking, “you didn’t have to click” and I wouldn’t have if I had paid attention to the source. But in my defense, it was probably the 10th or so alert I was going through that day and about half of the alerts easily contain 30 or more links. So I missed the warning signs.

And I did get pulled in by the title, “Student Spurns Ivies.” The student in question is Ronald Nelson although you wouldn’t know it just by reading the Ivy Coach post. They do include his last name but only because it’s part of the quote from their director that appeared in The Daily Pennsylvanian-which is the other link that showed up in my alerts.

Anyway, horror of horrors, Ronald Nelson, who has been accepted at all of the Ivies and then some, has decided to go to the University of Alabama because they offered him a full scholarship–something that the Ivies will only do based on financial need. While Nelson would have qualified for some aid, it would still have required him to take out loans to pay for an Ivy education. Since he wants to attend medical school when he graduates, he decided to save his money and attend the honors college at the University of Alabama.

According the Ivy Coach director, (am I just being petty not using his name?) Nelson made a mistake since median salaries for Ivy League grads are better than those from the University of Alabama. OK, I can understand why The Daily Pennsylvanian wouldn’t bother to come up with some alternative statistics but it isn’t their article that inspired this post.

No, it was the self-serving smug attitude of the Ivy Coach blog post that annoyed me enough to write this. You see, the final sentences of the post suggest that the only reason Nelson could possibly have to attend the University of Alabama is because of the football team and its coach, Nick Saban. (If you had any idea how much I dislike Nick Saban, you would realize how petty it is for me not to use the Director’s name but use Saban’s.)

I actually did spend 45 minutes or so looking for any possible mention by Nelson of the appeal of football as even part of the attraction of attending the University of Alabama-which I suspect is 45 minutes more than anyone did at the Ivy Coach. The closest I came was the Today show interview where he said looked forward to interacting with students who shared his academic interests and those who don’t. Not exactly saying he thought attending the Iron Bowl would be a blast.

What bothers me is that the Ivy Coach felt that simply mentioning the benefits of attending an Ivy League college (they’re actually a Group athletically) wasn’t enough of an argument. They had to go ahead denigrate the University of Alabama as “Nick Saban’s university.” I have to admit that as a Texas fan, I have a hard time arguing the point.

But that doesn’t seem to be Nelson’s point in going the University of Alabama and so the Ivy Coach’s post is insulting to him.

Why is this a big deal for me?

Shouldn’t people who benefit from a “tremendous liberal art education” avoid the narrow-mindedness of applying labels? As the people of the Ivy Coach go through life, are they missing exceptional opportunities because they are associated with a football school? Are they passing judgement on people’s abilities because they graduated from a party school?

If nothing else, Ronald Nelson is honest about his choices. For him, it came down to money. And now that I think about, I suppose the same thing can be said about the Ivy Coach. 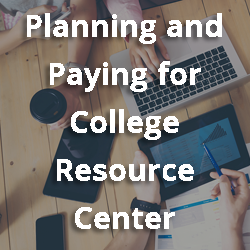