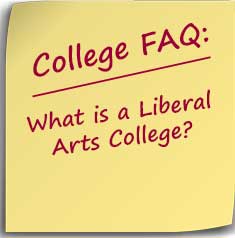 US News defines the two groups as follows:

According to their methodology, US News used the Carnegie Classification of “Baccalaureate Colleges: Arts & Sciences” for the Liberal Arts Colleges category. The Carnegie definition includes the following:

So basically a LAC is a small, residential college, with little or no graduate teaching, and most majors are in the arts and sciences (not engineering, health careers, accounting, or communications.)

Why consider a Liberal Arts College?

Why would you attend a Liberal Arts College? Because they are small, they offer consistently smaller classes for students. And since there aren’t any graduate students, undergraduates have more interaction with faculty in terms of teaching and research.

The following table lists over 200 Liberal Colleges as defined by the Carnegie Classification. There are plenty of colleges list as Masters Colleges that are essentially Liberal Arts Colleges but are not listed here. This data is part of the DIY College Rankings Spreadsheet.