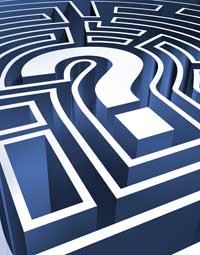 Okay, so I don’t know what UT or Arizona softball coaches want but I found the other profiles to be revealing. You have to understand that my son played baseball and I have had no experience with softball recruiting forms. And you can argue that these are just recruiting forms that anyone can put up and maybe they shouldn’t be used to draw any conclusions about the programs. However, it’s not like the university is dictating the forms or programs used or the questions asked, they can and do vary from sport to sport within the university.

So what sort of conclusions might one draw from these forms about college softball recruiting even granting their limitations?

There were three items that every college asked for: test scores, GPA, and position. Of the ten schools, nine asked for height, weight, and what hand you throw and bat with. Looks like Alabama doesn’t care about the softball recruit’s physical dimensions as long as she can play. Texas A&M feels similarly about whether she is right or left-handed.?  The interesting thing is that the University of Tennessee used the same form as A&M and does ask for the information.

Only half of the schools asked for your NCAA Eligibility ID or if you have registered with them. What do you expect? You have to be at least a junior to register and coaches are recruiting younger and younger every year. The University of Oregon, however, requires anyone filling out their questionnaire to be at least a junior. A sign of sanity?

Three colleges want to know some form of “who is the best player you’re competed against?”?  Another three would like to know which people will be helping you choose a college or have the most influence over that choice? No pressure here.

Some of the things they wanted to know just left me wondering. A&M is interested in your school colors and mascot. What, they think that if you wore burnt orange you won’t be able to wear maroon? And the University of Louisville not only asks for your parents cell phone numbers but also their carriers. Are they going to call them on the same plan to save costs?

Players and parents need to be careful out there–it’s easy to lose perspective.